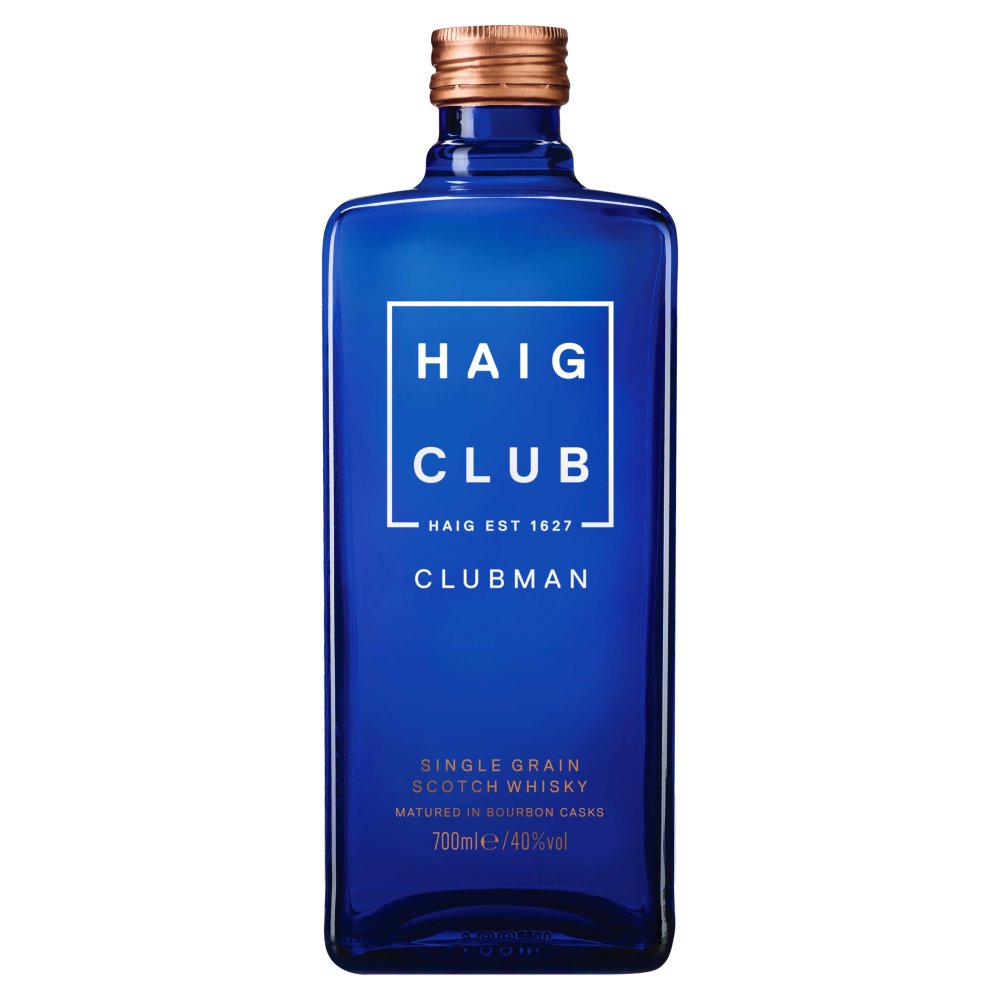 Haig Club is made at one of the most sustainable distilleries in the world: Cameronbridge. The distillery recycles all the by-products from the distillation process, producing enough power to run the entire distillery and in turn has reduced carbon emissions by fifty-six thousand tons a year

Haig Club is built on nearly 400 years of distilling heritage and the House of Haig can trace its whisky producing roots back to the seventeenth century. In 1824 John Haig established the Cameronbridge distillery and it was there that he pioneered the art of producing grain whisky in continuous Coffey and Stein stills - an invention which laid the foundations for the growth and success of the modern Scotch Whisky industry. Haig Club is born of that Haig family legacy of innovation and excellence in whisky making. The Haig Club unique bottle design draws on a history of innovative bottles produced by the House of Haig, including the Haig Dimple Bottle, recognisable the world over. Haig Clubman retains the signature Haig Club blue glass and the distinctive square style is elongated creating a new aesthetic and stand-out silhouette. The Haig Club brand was inspired in part by archive materials dating back to the 1920's in which Haig whisky was advertised as "The clubman's whisky".

A modern & stylish single grain Scotch whisky rooted in the authenticity of the House of Haig.