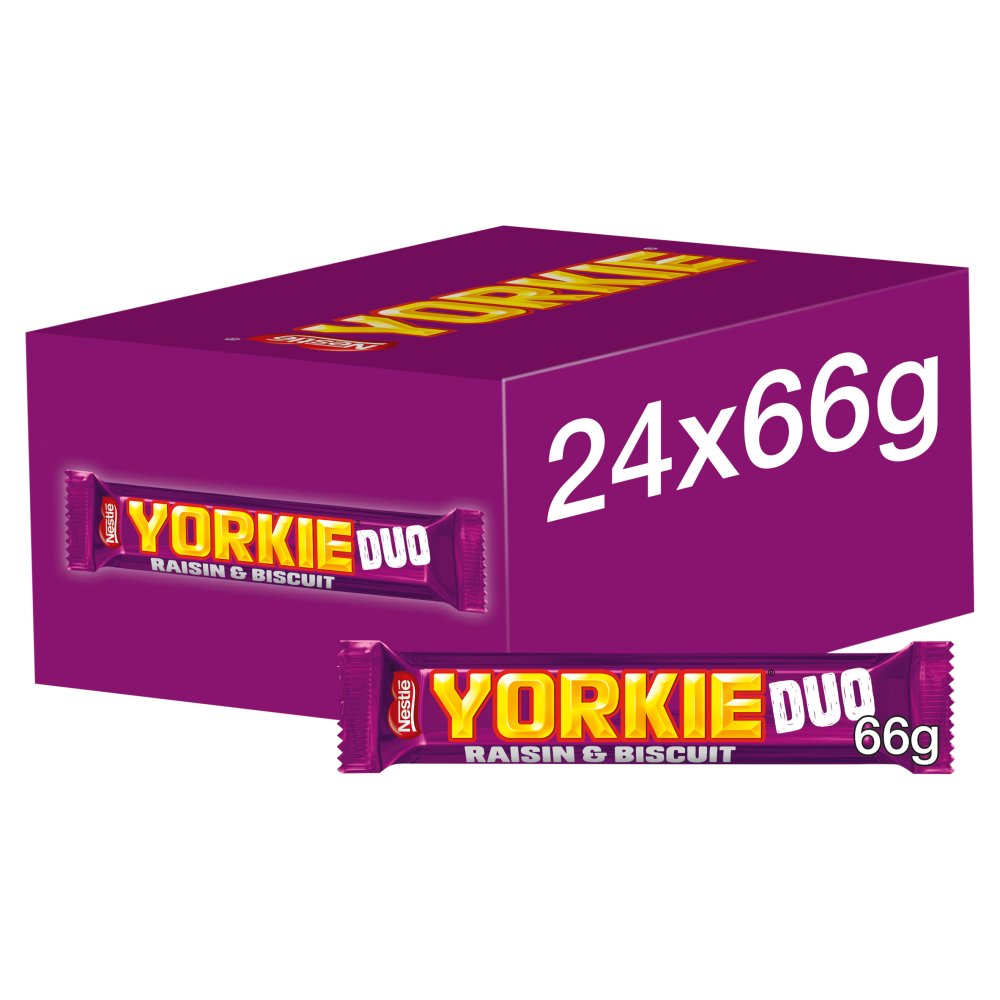 YORKIE Raisin & Biscuit Duo, two bars of three chunks of smooth milk chocolate with delicious raisins and crunchy biscuit pieces.
YORKIE chocolate evolved from a bar that was originally launched in 1924 under the name 'York Chocolate' as a single milk chocolate bar produced in York.
Throughout Second World War York Chocolate was the only chocolate Rowntree's continued to produce, it was produced as a plain chocolate with added vitamins to be sent to refugees in camps, or supplied for soldiers ration packs.
In 1966 York Chocolate was discontinued, then 10 years later in 1976 York Chocolate is re-launched under than brand name YORKIE, with its name due to it being manufactured at our factory in YORK where it still continues to be produced to this day.
YORKIE set out to be a chunky alternative to other rival chocolate bars and was advertised as the bar of choice of the long distance lorry driver in it TV advertisement with the caption "YORKIE - chunky milk chocolate".
YORKIE advertising continued the association with motoring through the 1970's and 1980's and other later tongue-in-cheek campaigns have consistently positioned it as the man's chocolate brand.
YORKIE does not contain any artificial colours, flavours or preservatives.

Have you tried our Yorkie Biscuits? The same delicious chunky milk chocolate, with an extra crunch!

Store cool and dry
For Best Before End: See Under Fin Seal