Stay up-to-date with the busy world of Bestway 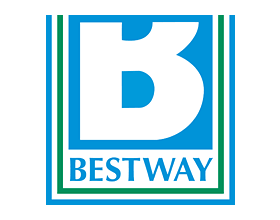 Adding his voice to concerns highlighted by the Association of Convenience Stores and alongside the revival of the ‘Keep Sunday Special’ campaign - managing director of Bestway Wholesale, Dawood Pervez, said that the government is clearly looking at how to boost the economy in the wake of the pandemic and whilst the major focus is on general retailing and clothing, it is inevitable that the food and grocery markets – and in particular, the Convenience Retailing sector - will be impacted:

“The government is understandably looking at ways it can support the revival and reopening of the high street, which we all appreciate alongside the need for economic recovery as we emerge from the pandemic.

“However, we have to ask the question – what evidence is there that longer opening hours will actually boost profitability and ‘feet on the street’?   At the moment, there does not appear to be a rigorous consultation process that is being followed.

“As highlighted by the government itself in its briefing document, there will be an impact on the convenience sector. The study by Oxford Economics found that around 7,000 jobs would potentially be lost and could cost the convenience sector up to £69m in lost profits, and those within one mile of a supermarket would potentially lose 3.4% of weekly sales.

“This is especially poignant when we consider that the convenience sector right now is a market that is returning growth into the economy and has played a major role during the Coronavirus pandemic in supporting local communities and those people who have been the most in need of help and support.”

According to research by ACS, over the past three months there has been a surge in enquiries for services from local stores. The shift towards ‘shopping local’ has been well documented with the UK’s local community stores being widely reported as an engine of economic growth. There is the potential for further growth and jobs from local stores – as data from Christie & Co (an estate agency specialising in local stores), shows a large increase in new store enquiries.

Pervez has written to The Chancellor of the Exchequer, Rishi Sunak and The Secretary of State for Business, Energy and Industrial Strategy, Rt Hon Alok Sharma, to urge the government to look more closely at what consumers want and need.

“I would ask the government to undertake a rigorous consultation process across the markets that will be impacted to ensure the right decisions are taken for consumers, for shopworkers and for retailers.

“There is a reality here that has to be faced.  As a we forge a new future after Covid-19, the consumer shopping and lifestyle behaviours that have evolved through necessity across the pandemic will, in part, be here to stay.

“More than a third of shoppers (35%) say that despite the UK economy opening up, they will continue to use at home services such as online workout classes, DIY meal kits and 33% of UK retailers have launched new products or services to align to consumer need.

“Nearly 90% of retailers said they have seen an increased demand for in-home experiences over the last three months and put simply, we are not just going to go back to where we were before the pandemic.  Instead, of relaxing Sunday Trading laws, we need to turn our thinking to how this new future opens up exciting opportunities for entrepreneurial retailers who are already repurposing their businesses fast to meet consumer need”.

Bestway supplies over 40,000 retailers across the UK out of its 65 depots offering both collect and delivered services.  It has played a pivotal role in keeping products on shelves throughout the pandemic, working closely with suppliers and partner retailers.

Contact our Press Office with any of your press or PR enquiries by contacting media@bestway.co.uk.

General enquiries should be submitted through Contact us to ensure that the right department receives your query.

Visit our other sites: